Lesson 2 – The Basics of Deliverance Part 2

The Basics of Deliverance

How do you get rid of them? 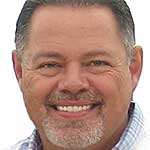 Dr. Rodney Hogue has been in full-time ministry since 1977. He pastored over 32 years on the west coast in Washington state and California, his last being 23 years at Community of Grace in Hayward, California. Rodney began to minister in the areas of deliverance and healing in the 1980s while pastoring in churches in Washington state. His passion is to equip believers to minister in power for healing, deliverance, and to see the restoration of lives to fulfill one’s destiny. He now ministers itinerantly equipping believers nationally and internationally to walk out their identity and expand God’s Kingdom which includes demonstrating the Kingdom of God with power. He and Mary reside near Abilene, Texas.

Previous Lesson
Back to Course
Next Lesson
Scroll to Top
Login
Accessing this course requires a login. Please enter your credentials below!
Lost Your Password?